Mr. Peters has had a varied career that includes teaching and conducting concert bands, marching bands, orchestras, and jazz ensembles. His ensembles have taken first place honors at festivals in New York, Pennsylvania, and New England. He has twice had marching bands place in the top five at the Bands of America National Championships. His bands at Canadaigua and Union-Endicott consistantly earned 6A+ or 6 Gold ratings. He has taught at the New England Music Camp in Maine, the Mansfield University Summer Camp, and the Eastern U.S. Music Camp at Colgate University.

In addition to conducting many county, district, and all-state ensembles, Mr. Peters is an active adjudicator for New York State School Music Association (NYSSMA) solo and major organization festivals. He served on the board of directors of the New York State Band Directors Association (NYSBDA) for 10 years. In 2005, NYSBDA awarded Mr. Peters their Outstanding Retired Band Director Award, and in 2010 he received the Distinguished Educator Award from the Mansfield University Alumni Association.

Since 2002, Mr. Peters has served as an adjunct faculty member in the music education department in the Ithaca College School of Music. His duties include the supervision of junior and senior student teachers.

Mr. Peters has conducted the Binghamton Youth Symphony Orchestra since 1997. Under his direction, the orchestra has twice performed at the NYSSMA convention in Rochester, NY.  In addition, he is an active performer in several bands and orchestras in the Binghamton area. 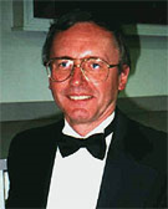